On the strength of her experience during the First World War, particularly in the four hospitals on the Belgian front, Her Majesty Queen Elisabeth created a medical foundation in 1926 with the aim of encouraging laboratory research and fostering contact between researchers and clinical practitioners. A good relationship between these two key groups was considered crucial for patient welfare.

The Queen Elisabeth Medical Foundation (Q.E.M.F.) actually began its work a few months before it was officially established. Under a preliminary arrangement, the Commission for Public Assistance (Commission d'Assistance Publique, C.A.P.) in Brussels allocated the Q.E.M.F. some space at the Brugmann Hospital in Laeken. On 20 June 1931 the CAP and the Q.E.M.F. signed an agreement officially housing the Foundation at the Brugmann Hospital, in a new building on Avenue J.J. Crocq. The agreement also formalized relations with the hospital. The Q.E.M.F. undertook to equip the laboratories and to analyze patient samples for the hospital. For the first time in Belgium the three key functions of a university hospital, i.e. caring for the sick, teaching medicine and conducting scientific research, were combined on one site. Research was split between five laboratories, covering the fields of physiology, clinical biology, pathological anatomy, surgery and experimental surgery and medicine.

he work of the Q.E.M.F. was funded by Queen Elisabeth and a few other patrons. During trips to the United States and Brazil, the King and Queen also received some substantial donations specifically intended for this project, including one from the Rockefeller Foundation in New York. Donations from the financial world and contributions from the Belgian National Scientific Research Fund would ensure that the Foundation could continue its valuable work.

For several decades the Q.E.M.F. laboratories carried out research in a variety of fields, such as biochemistry, bacteriology and cytology. In 1956 the Board of Directors decided, on the basis of a recommendation from the scientific committee (formed in 1954), to widen the Foundation's remit by subsidizing research in the laboratories of Belgian universities.

In 1986, however, the Foundation had to relinquish control of its own research centre for budgetary reasons and because of the gradual loss of researchers to the new university hospitals that had been established in the Brussels region. The laboratories were handed over to the Brussels social welfare centre (Centre public d'aide sociale, C.P.A.S.), although the Foundation still kept its registered office and secretariat at the same address. The board of directors decided that henceforth the Q.E.M.F. would help researchers in universities nationwide. Nowadays the Q.E.M.F. supports eightheen (18) research projects (interuniversity, university and projects of young reseachers) in the field of neuroscience and pathology of the nervous system in Belgian universities throughout Belgium. The teams are using the latest techniques, researchers study the functioning of the nervous system, in both its normal and its abnormal state (sleep, developmental disorders, head traumas, spinal cord injuries, brain senescence (ageing), dementia, Parkinson's disease, multiple sclerosis, etc.).

The scientific committee, assisted by foreign experts, carefully evaluates proposed projects and advises the board of directors. Each project chosen is funded, in principle, for a period of three years. Currently, the total annual grant available is nearly 0.6 million EURO. The research results of each team are published annually in a report.

H.R.H. Princess Astrid is honorary president of the Q.E.M.F. board of directors, which comprises fifteen members. The Princess succeeded her father, His Majesty King Albert II, as a member of the board upon his accession to the throne. The scientific committee, which has a consultative role, currently has ten members. The president is also a member of the board of directors. The other members of the committee represent the various faculties of medicine of the universities. 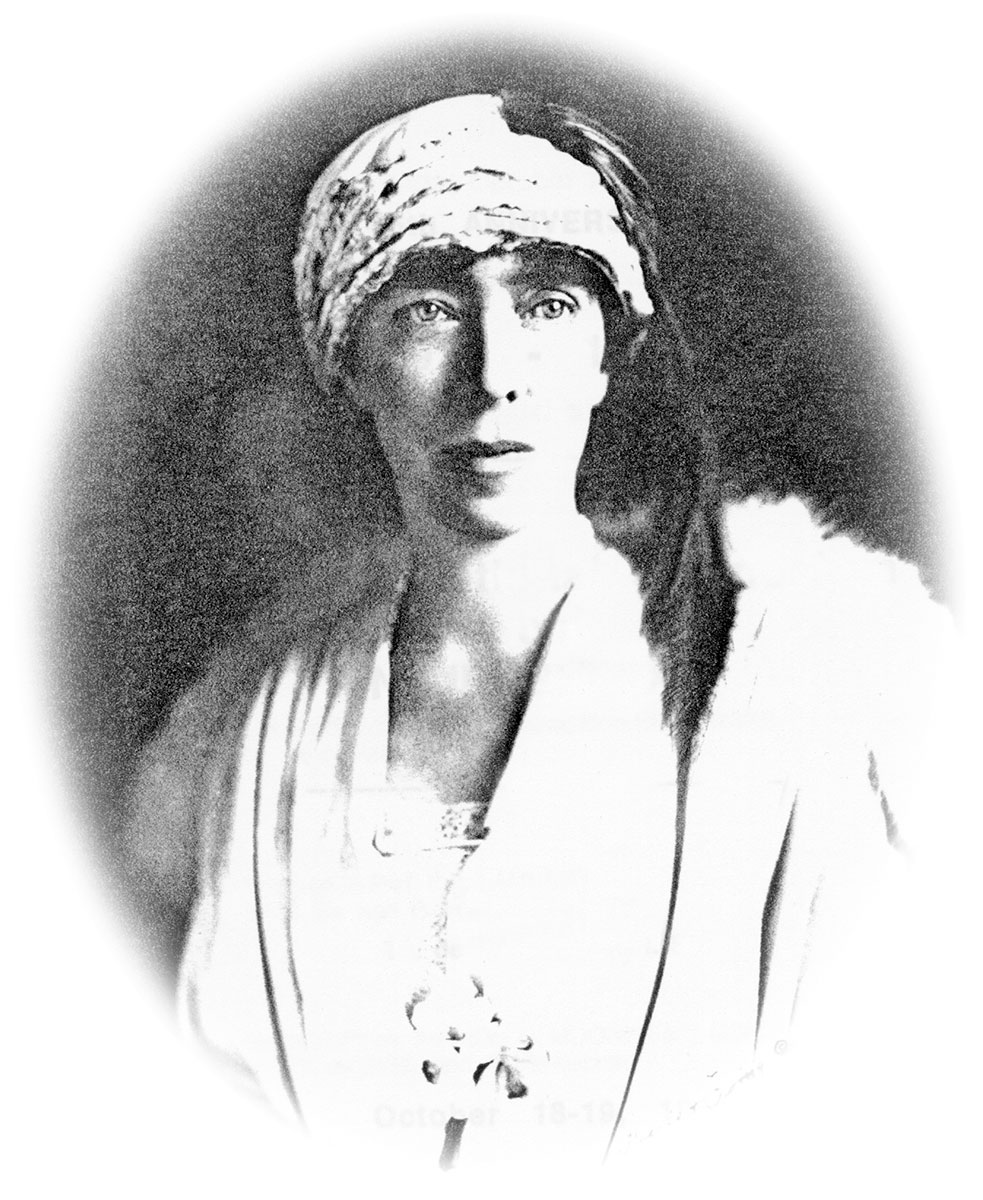 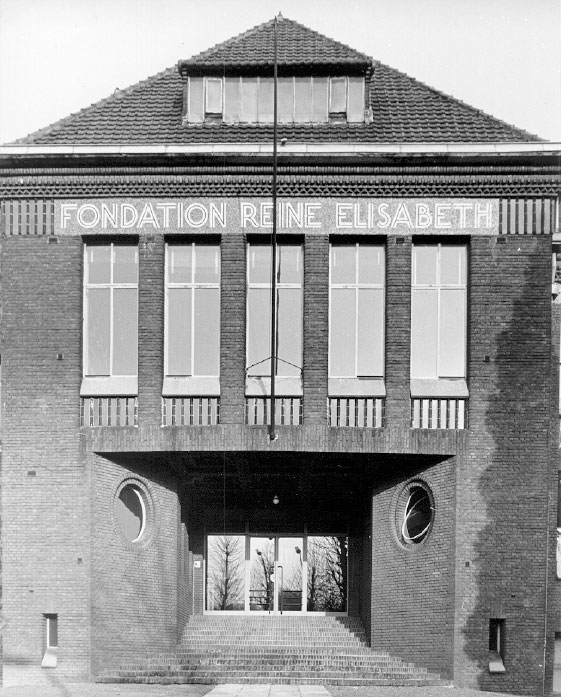 The entrance to the building, situated near the Brugmann Hospital in Laeken, where the Foundation is housed. The building, with its sober art deco façade, was designed by the architect Henry Lacoste. 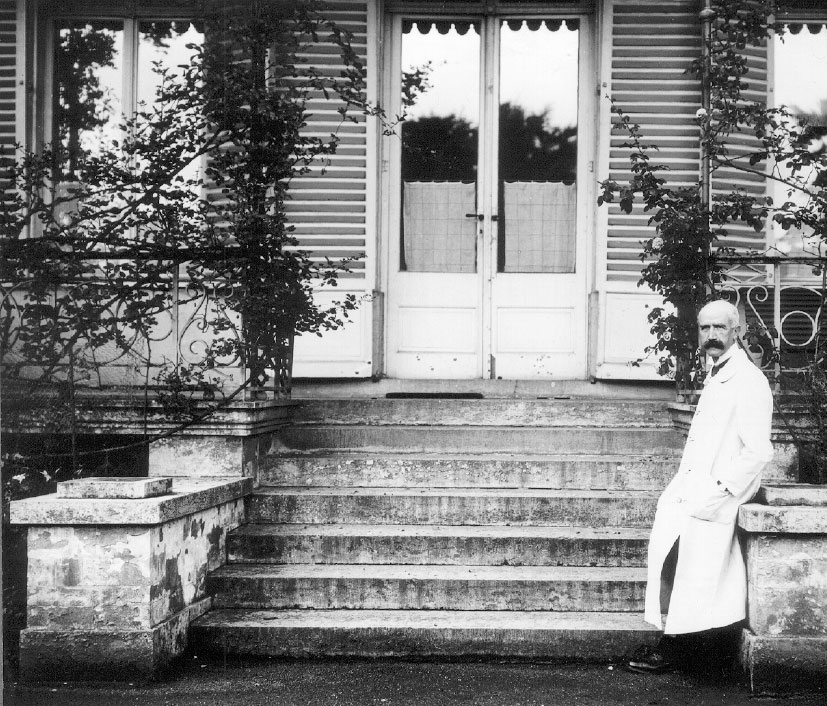 Dr. Pierre Nolf, the first director of the Q.E.M.F. (1926–1953), standing at the entrance to the "Villa Van Volxem" in the Royal Domain of Laeken. He conducted scientific research here, in a laboratory set up on the initiative of Queen Elisabeth. (photo taken in 1923) 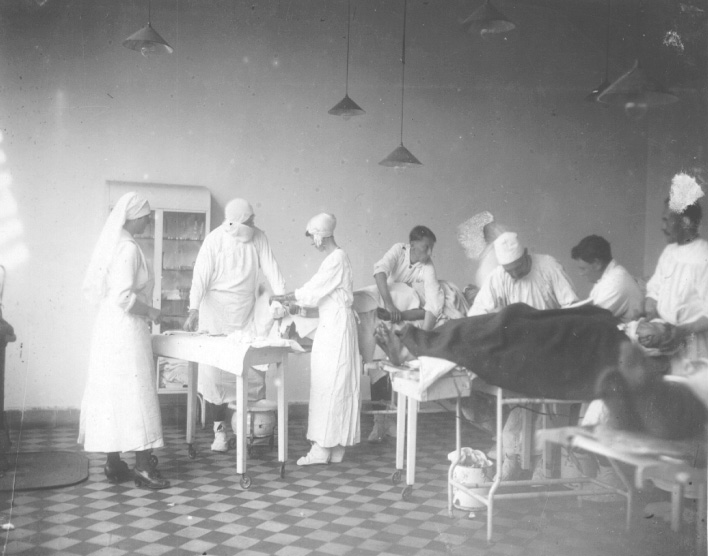 © archives of the Royal Palace